Chicory is the typical indie game that appears quietly, but surprising when you try it. With elements that are reminiscent of Zelda, this painterly adventure with color as the protagonist needs you to give it a try. I gave it to him, and in this analysis I tell you how much it is worth.

This may surprise you, but Chicory has reminded me more of a Zelda (and the classics) than any other type of video game. I did not expect. Behind this nerdy appearance there is a grid map, the kind where you move screen to screen , and which contains forests, villages, particular dungeons, many characters to talk to and not a few puzzles.

All this is hidden behind a very artistic game proposal , in which everything is in black and white until we put the brush on the screen. And it is not something merely aesthetic, but it has implications on the playable. As you progress, your bond with the magic brush improves, gaining new powers that allow you to jump, dive, climb … and ultimately have more skills with which to continue advancing through the mapping.

But beyond the clear inspiration in the zeldera adventures and the original use of the brush that is made in the game, I highlight what is most important to me: the game has a soul and a lot of quality . It shouldn’t surprise anyone. Behind this production are the authors of Wandersong and Celeste , two great games with which a group of Canadian friends have managed to surprise once again. And I do not want to exaggerate, but I would say that Chicory is what has made me most excited in the world of video games in many months. It is unique, it is endearing, it is innovative and for me it is a marvel that I have enjoyed it from start to finish.

Chicory is more than a coloring game

In the game description you can read that Chicory “is an adventure game in a world full of colorful characters that seems to be taken out of a coloring book”. It’s a pretty good definition, but looking at it it would seem that this is something of a fairy tale. And it is not. As is customary in the productions of these developers, we have a serious theme, represented in this case by pressure from the artist . Self-demand, the feeling of not moving forward, the need to always do something better than the previous thing.

Chicory represents in the game this prototype of people, who end up closed in on themselves due to the great concern that torments them. In the game this has a severe implication: the world loses its color , and ours is the task of becoming the new Artificer who will return everything to normal. It seems epic, and it is in its own way, but what I like the most about it is that it is combined with a lot of sense of humor . The dialogues are brilliantly written and localized into Spanish with one of those translations for framing. I have read every last word of what they had to tell me in the game, because the characters not only have a strong personality in their designs, but also in their words. Marvelous. What I want to tell you in essence is that it was not Chicory’s goal to be a complicated game, but something rewarding to overcome. In fact, in the pause menu it gives you the option to become invincible against the few final confrontations that you must win to advance to the next chapter. They are not many as I say, or at least they do not occupy a good portion of the game, but they present ingenious behavior patterns and are gratifying to overcome. Another aspect that I liked about the game is that it has a bit of everything. There is some platforming , a bit of action in the fighting, and a strong deduction component through the various puzzles that are presented to us. Sometimes they have to do simply with memory (remembering the arrangement of some points), but other times logic is put into play, on many occasions in relation to the use of painting on stage . And it is that the great success and genius of Chicory is to make all its mechanics begin and end in the use of the brush.

At first, when I started playing it, I thought that it would all be more about painting the set, filling it all with color, although little by little I realized that it was actually quite an accessory. I also tell you that it is a joy to do it. Why? Basically because everything you color is saved in memory , so that every time you start the game you will see your doodles here and there. It is something really curious as a game mechanic, since you will meet characters who will ask you to paint a mural or even create a logo for a business. And it doesn’t matter if you make a mess like Borja’s Ecce Homo: they will always praise you! It’s commendable that a game about pressure to get ahead makes you so chill. But I think that was the purpose. It is not a very long game, nor is it difficult, and if you do not want to be constantly advancing from chapter to chapter, you can always stop to color. Or also to collect garbage and rescue kittens , in addition to decorating the environment with objects and plants that you buy. You even have photo mode! I’m not kidding you. They are secondary tasks that give a lot of replayability to the matter. There are many secrets in Picnic, the game world.

To give you an idea of ​​the mime put into development, even a cooperative option is included . But the best is the visual section. Wherever you see it, it seems like a genius to me. It is, instead of a coloring book, a coloring game, but designed with care and great taste. This can be seen in details such as pressing on a sprite and it is colored at once, or holding down the button automatically fills everything with paint until the last hole on any surface is filled. The programming is very good, superb, which always gives the feeling that we are facing a well-executed game, with quality. It is a coloring game, designed with care and great tasteBesides, the animations are fantastic and in general there is very little to blame. The same as the soundtrack composed by Lena Raine (who also worked on Celeste). And it’s very, very recognizable, with a style that I have a feeling we will listen to for quite a few years. Has a lot of talent. All of this combined results in a very intimate artistic-musical picture , which makes you immerse yourself in this particular coloring game that, at least for me, has been a real surprise. 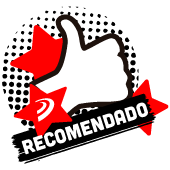 “The color you need”
Chicory

The authors of titles such as Wandersong or Celeste are once again out of the ordinary with a game that not only exudes talent in its playable concept, but also in the artistic and narrative, with a powerful message that reaches the player with force. Its main premise (coloring the screen) may not attract everyone’s attention, but it is perfectly integrated into the gameplay to give you puzzles, challenges, humorous conversations and a game, in short, that you should not miss. It is one of those gems that happens once in a long time.

5 things you should know