Ulefone has stood out in recent years for its catalog of mobile devices, and specifically for the line of terminals with a resistant structure that do not raise their final price too much . On this occasion, those looking for one of the most recent creations of the Chinese brand can opt for a complete mid-range such as the Ulefone Armor 6E .

Ulefone Armor 6E is a mid-range phablet that stands out for its robust design designed to withstand extreme conditions, drops and scratches without any problems. Also, inside it combines a MediaTek processor, 4 GB of RAM and double rear camera , among other specifications, for optimal performance.

A mobile with armor 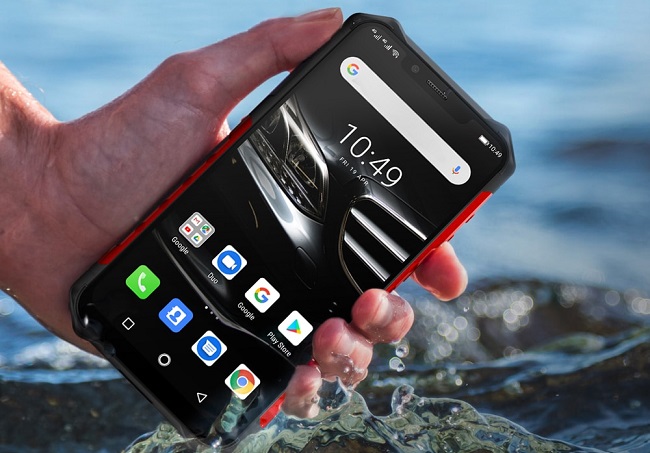 As is already a custom in this line of devices, the most remarkable thing about the design in the Ulefone Armor 6E is in the robustness with which it has been endowed , not only on its frames but also on the back face so that there are no problems damage from falls or bumps.

With a total weight of 268 grams, it should be mentioned that it is sold in two colors, one completely black and the other with red details that can be seen with the naked eye both on its sides and on the metal border that surrounds its camera configuration. and fingerprint sensor. It is clear that it is not the most beautiful terminal, but it still manages to look good.

Before moving on to the performance details, the integration of IP68 / IP69K certification can be appreciated , which means the ability to submerge in water up to two meters deep for two hours and drops from up to 1.2 meters in height . Also the MIL-STD-810G military certification indicates that it has passed the most extreme tests related to temperatures, pressure, humidity and solar radiation. 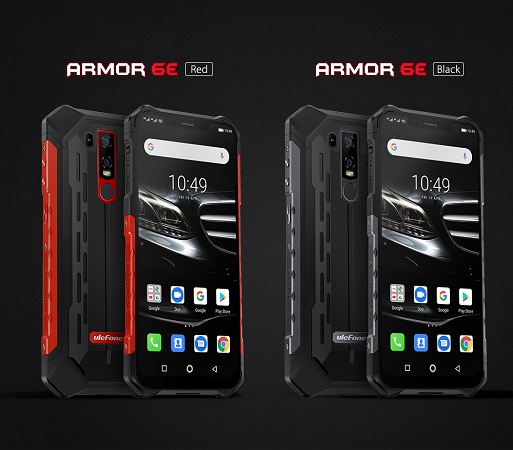 For those who want to ensure a remarkable image quality, the Ulefone Armor 6E panel has been adapted to the latest trends with a size of 6.2 inches and a native resolution Full HD +, that is 2246 x 1080 pixels with a ratio of 19: 9 aspect ratio that allows an expanded reproduction and adapted to the largest available space. Also to avoid scratches, the integration of Corning Gorilla Glass 5 technology is appreciated .

If what you are interested in are its internal components, a MediaTek Helio P70 processor composed of eight 2.1 GHz cores has been added , followed also by 4 GB of RAM and 64 GB of internal storage with the ability to expand it through a microSD card up to 256GB. For those who love to store a lot of multimedia content, Apps and games, you should not have space problems.

Completing details, it is appreciated that the device arrives with the Android 9.0 Pie operating system from the factory, something in which you can take an advantage over the models released a year before, such as the Ulefone Armor 5 . 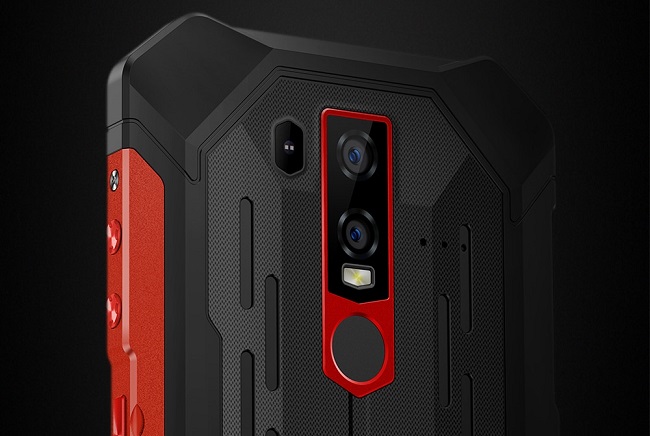 For those interested in a long battery life, the dimensions and high thickness for this terminal take great advantage of the extra space available and thus add a unit of Ion-Lithium with a capacity of 5000 mAh . Those responsible ensure up to 25 hours of conversation on calls, 34 hours of music playback and 9 hours of video content before requiring a recharge.

The introduction of an available Qi wireless charging system is also appreciated , with 10W of power, which is complemented with compatibility for fingerprint recognition (speed of 0.1 second) and facial recognition (0.2 second and 512 parameters), which positioned as a next-generation phablet.

In the camera configuration, a double rear sensor composed of 16 megapixels + 2 megapixels has been added , with double LED flash and support for PDAF, while the front is left with a single 8 megapixel sensor with the presence of various beauty effects for that selfies achieve a superior result.

Finally, the compatibility with the main 4G LTE networks around the world is appreciated for use anywhere on the planet, a special FS1610S audio chip dedicated to better music reproduction and integrated NFC connectivity with support for Google Pay for the realization. of mobile payments natively .

To buy the Ulefone Armor 6E you can get it in both colors from different online stores, such is the case of Gearbest that includes a discount on its original price for a limited time, as well as Aliexpress with worldwide shipments and eBay with several units. for sale today.

Immigration in USA : US Immigration: All you need to know

From kitchen facelifts to complete...

7 Reasons Why Box Bottom Bags are the Ultimate Product Packaging for Dry Foods...

7 Electrical Maintenance Tasks Every Homeowner Must Get Done for Summer

7 Electrical Maintenance Tasks Every Homeowner Must Get Done for Summer

The common misconception is...

And no, this is not about light...

The best alternatives to Roblox

The best alternatives to Roblox

Immigration in USA : US Immigration: All you need to know

Whether you're remodelling the ensuite or beginning...

From kitchen facelifts to complete...

7 Reasons Why Box Bottom Bags are the Ultimate Product Packaging for Dry Foods...