Within the vast Nintendo franchises, the endless story of Princess Zelda and the warrior Link is undoubtedly the most attractive and that is why we show you the top 10 best Zelda games. The vast majority of the exponents of the series are considered masterpieces in their genre, making the expectation for each new release even greater. Now we will remember the ten most outstanding titles of the saga.

These two adventures – developed by the Flagship studio, founded by Capcom, Nintendo and Sega – were released simultaneously in 2001 for the Game Boy Color stainless steel. The titles could interact with each other, needing to complete both to be able to know the story in its entirety. The Seasons argument transports us to the land of Holodrum, where we will have to rescue the Oracle of Seasons; Ages, on the other hand, proposes us to know Labrynna, and to look for the Oracle of the Ages. At the end of one of the games, we accessed a code that allowed us to have additional items in the other, as well as an extra energy container. An interesting mechanic that was very well received by critics and players alike.

9. A LINK BETWEEN WORLDS

More than 20 years have passed since the distant moment when we were lost forever in A Link to the Past. 20 years in which we enjoyed hundreds of games that opened the doors to new genres and new adventures. But the first love is never forgotten, and this sequel to that story only served to further magnify the affection with which we remember the title that forever sealed the communion with this saga. A Link between Worlds, without reaching the epic of its predecessor, keeps its charm and charisma intact. It is true that this title is considerably less challenging, but that does not imply in any way that every hour that we spend with him ceases to be unforgettable.

8. THE LEGEND OF ZELDA

It was 1986 when designers Shigeru Miyamoto and Takashi Tekuza launched the mythical first installment of The Legend of Zelda for Nintendo’s 8-bit console. There we were able to meet not only the young Link and Princess Zelda, but we were also introduced to the land of Hyrule, the power of the Triforce and the evil Ganon for the first time. Miyamoto claimed to have been inspired by his childhood adventures for the creation of this Universe, remembering his games in the fields and the way he used to get lost in forests and caves. The name Zelda comes from the wife of the writer F. Scott Fitzgerald, which was phonetically pleasing to the one who years later would be recognized as the most important developer in the history of video games. Miyamoto himself was wary of the success that this title could achieve, disbelieving the popularity of fantasy worlds. Fortunately, time proved her mistake.

During the twilight of the successful and controversial Wii, Nintendo released the only Zelda adventure exclusively for this console (remember that Twilight Princess was originally a GameCube title). The story set us before Ocarina of Time and featured many of the most beautiful environments ever seen in the series. Wii Motion Plus made it possible for us to wield the sword in a truly intuitive way, being one of the few cases where motion control was more than just an excuse. Along with Mario Galaxy and its sequel, Skyward Sword is one of the must-have titles on Nintendo’s little white console.

Sadly, GameCube never managed to establish itself strongly in the market, mainly due to the overwhelming presence of PlayStation 2. However, Nintendo’s cube was able to offer us a handful of memorable titles, among which the present Wind Waker stands out without a doubt. . Keeping several of the innovations of the Nintendo 64 games, this adventure presented an absolutely new aesthetic and new possibilities that allowed us to navigate by air and by sea. Some time ago, a High Definition remake was released for the weak Wii U, which further expands all the beauty of this title.

This game, released in 1993 for the Game Boy, marked the franchise’s debut on a portable console and, contrary to what one might believe, all the splendor of the series managed to adapt superbly to the capabilities of the system. In this title, the action does not take place in Hyrule, and neither Princess Zelda nor the Triforce have any part. The plot of this adventure shows us Link waking up on an island after a shipwreck, and it is his duty to collect the eight musical instruments that will allow him to summon the only creature capable of returning him to his land. Five years after the original release, Nintendo introduced a new version of the game called Link’s Awakening DX, which was compatible with the Game Boy Color and featured a new dungeon that exploited the features of the revamped handheld.

Twilight Princess fulfilled the double objective of beginning to say goodbye to the GameCube era and welcoming the revolutionary Nintendo Wii. As usual in the series, the title was received warmly, even being considered by many as the best Zelda of all time. Chronologically, the adventure takes place several centuries after what happened in Ocarina of Time and Majora’s Mask, this time being Link’s mission to prevent the dimension known as the Twilight Realm from destroying the peaceful Hyrule; To achieve this, the protagonist had the new ability to transform into a wolf. Twilight Princess helped cement the success of the Wii, though before long it was surrounded almost exclusively by repetitive mini-game titles with ludicrous implementations of motion control.

After the revolution brought about by Ocarina of Time, Nintendo went one step further with Majora’s Mask, undoubtedly the darkest title in the series. Owner of a really oppressive atmosphere and a somewhat unique plot, Link had to save the world in just three days, trying to prevent the Moon from falling untimely on the land of Termina. To achieve this, our hero could travel through time and had the help of various masks that gave him different abilities. Majora’s Mask is a truly unforgettable adventure, whose imminent return will allow a new generation of gamers to discover it for the first time.

This Nintendo 64 adventure is considered by many to be the best Zelda game ever released and one of the best in all of video game history. Arguments are not lacking, as this title redefined the limits of its genre, just as Mario had done a short time ago with the platforms. Ocarina of Time marked the arrival of the three dimensions to the kingdom of Hyrule, and the result could not have been better. We saw beautiful environments, a captivating story, a wonderful combat system and the constant music of the Ocarina come together harmoniously, transporting us into a world that has set fire to a generation of gamers. Words are unnecessary when facing a true masterpiece, so the only possible recommendation for those who have never approached this game is to do so. 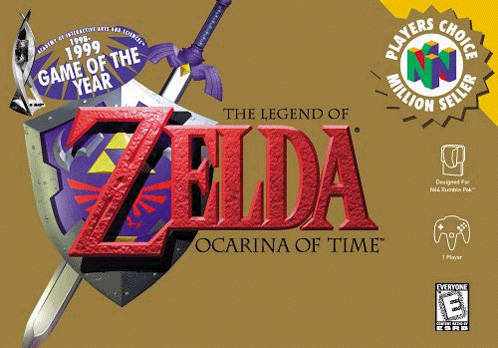 Objectively, A Link to the Past is not a better game than Ocarina of Time. However, this third adventure for Link changed the world of video games forever, as a young Link roamed the world of Hyrule with a look of constant fascination on his face. A Link to the Past perfectly sums up all the elements that are necessary to tell a story, while presenting us with perfect gameplay and an epic challenge.

Tboi how to unlock bethany

The 20 best Nintendo 64 games according to everyone

Servers for minecraft | HOW TO JOIN A MINECRAFT MULTIPLAYER SERVER