The user spends approximately 15% of their life using social networks 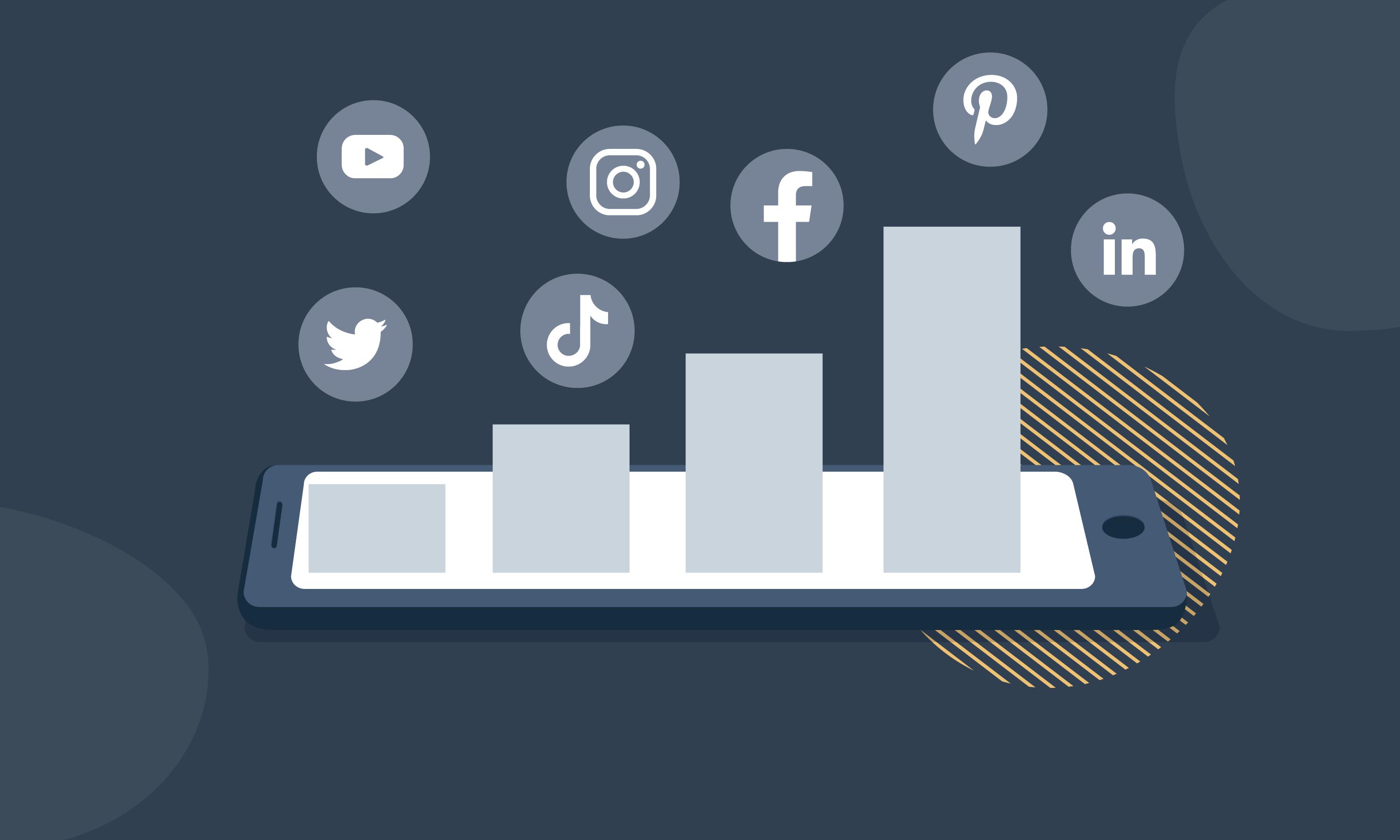 It is not news that social networks have been growing steadily in recent years. There are currently more than 4 million people around the world using social media every month and approximately 2 million new users  join every day.

According to the new Global Statshot Digital 2020 report by  Hootsuite and We Are Social,  the user spends approximately 15% of his life on social networks, demonstrating  that the digital world is becoming more and more relevant in people’s daily lives.

Likewise, the report reveals that:

Important aspects of the report 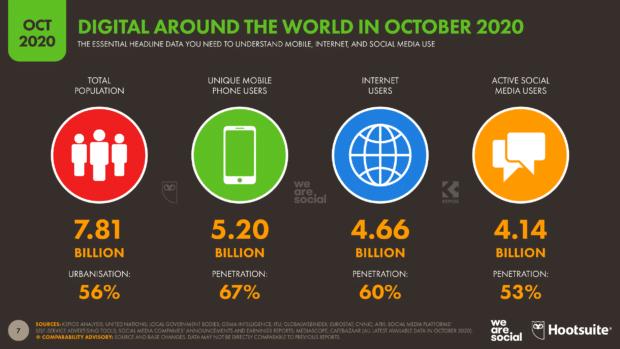 What is the impact of social networks in the world?

The number of people using social media increased to 4.14 billion in October 2020. 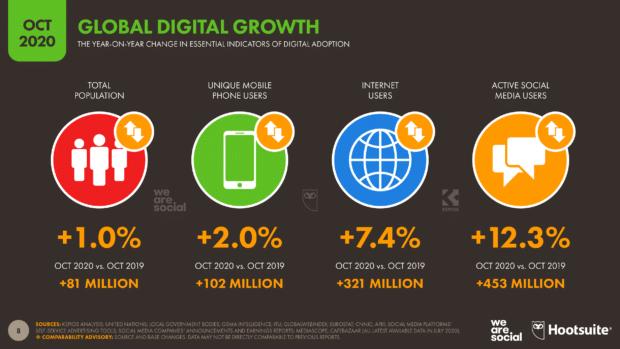 Between July and September more than 180 million people used social networks compared to the previous months, this is equivalent to an increase of approximately 2 million people per day.

These results are approximately double the growth rate reported in January 2020 and demonstrate the impact of the current situation (social isolation) on the retention rates and new registrations of social networks.

Time on the internet increases

According to the report studied between April and July 2020, the amount of time on the internet increased. GlobalWebIndex data shows that people spent approximately 7 hours on the internet online in that period, showing an increase of almost a quarter of an hour compared to last quarter. 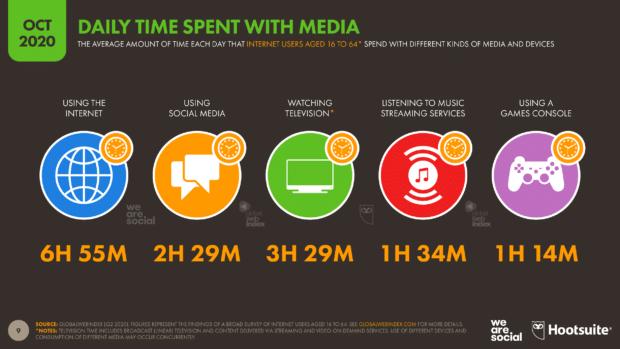 This shows that social networks represent more than a third of the time of people who are connected to the internet.

Most social networks experienced strong growth in the last 3 months of 2020.

Instagram had the highest user onboarding between July and September, with the highest growth compared to Facebook. The study shows that Instagram grew more than 76 million users in the last 3 months, reaching a total of 1.16 billion people at the beginning of October. 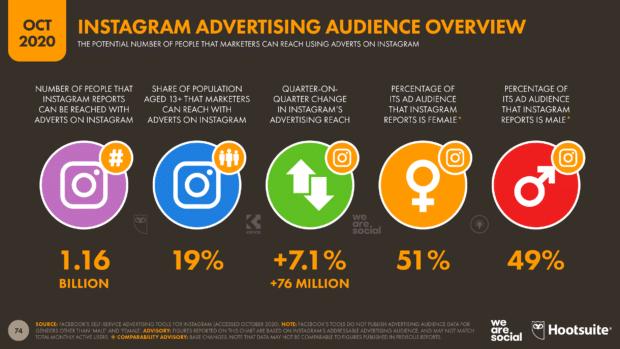 The growth of Facebook was 45 million in the same period, however, the total population of this social network is 2.14 billion users, which is twice the size of Instagram.

For its part,  Tencent  mentioned a quarterly growth of only 0.3% in the WeChat and Weixin community in its latest earnings report, this means that Instagram is growing around 20 times faster than Chinese social networks. 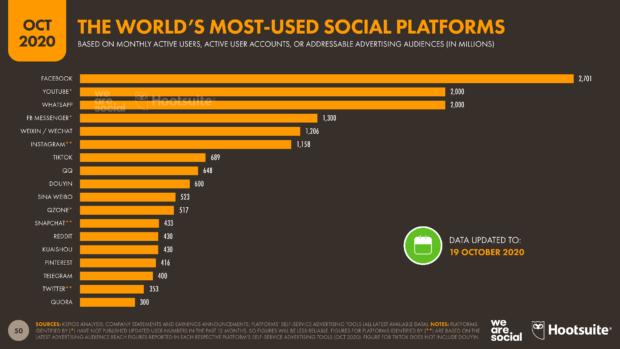 However, Instagram is not the only social network that shows surprising growth, since Snapchat registered higher profits during the last months and users can reach more than 9% of people compared to the previous 3 months.

Thus, during the last quarter, Snapchat has had the growth of 36 million new users, which brings the audience to 433 million, this means an increase of 20% more than last year. 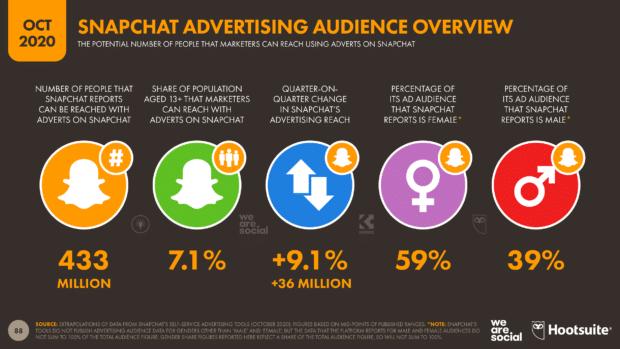 With 16 million new users, the country of India accounted for nearly half of Snapchat’s population growth in the previous quarter, perhaps as a result of the Indian government’s ban on TikTok.

At the same time, Snapchat has seen a demographic change in its user base in recent months, with women aged 13-17 now occupying the majority of the audience on the platform, which was previously women aged 25-34. . 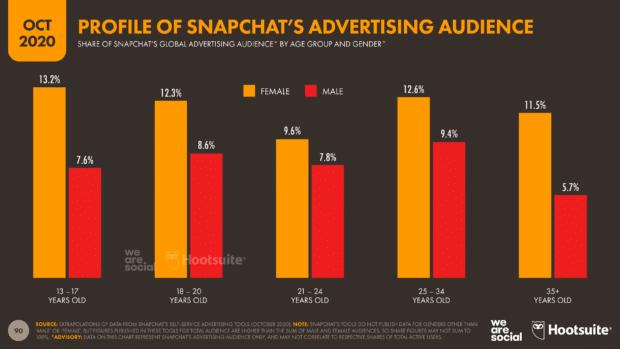 Twitter’s results also identified an impressive audience growth over the last 3 months but the increase of 27 million users does not recover the 61 million losses that they had the previous quarter.

Now we continue with the story of the social network TikTok, as previously mentioned the Indian government banned the platform at the end of June and as a result the elimination of 200 million users was obtained.

But with the consequences that TikTok suffered and the uncertainty experienced in the US, the social network has achieved more than 80 million new users outside of India in the last quarter.

This reflects a result of 689 million users on TikTok but growth trends mention an increase of 700 million.

Digital use in workplaces

GlobalWebIndex published in its research  on the last quarter that age has an important place in the way of communicating of the population in a workplace internally and externally.

Email is one of the main work channels, but even so, age plays a fundamental role in its use and performance. More than 90% of respondents under 45 years of age use email every week, but 1 in 5 people between 55 and 64 years of age uses the communication platform less than 1 time a week.

Another important piece of information is that 9 out of 10 Gen Z respondents mention that they use WhatsApp and Slack to communicate with coworkers every week but users aged 55 to 64 barely integrated these applications.

The largest group of users in the aforementioned social networks are the group of 25 to 34 years of age, but they are less likely to communicate through these sites than people of 16 to 24 years of age.

The data SEMrush show important data on websites and social platforms. Within this study, it was found that YouTube has a community of 2 billion users each month, but the column of visits in the following graph shows that the monthly user base is probably greater than what was exposed. 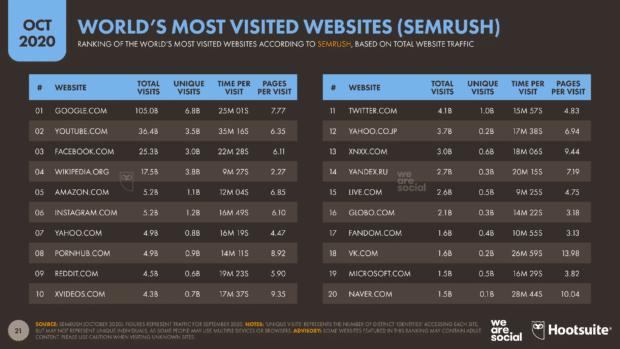 There may even be an increase in the column of unique visits because there is no way to count the way they enter the platforms unless they log in, this leaves an approximate of 3 billion users or even more. This means that YouTube is approximately 50% larger. The study identifies that 350 million people use Twitter each month. 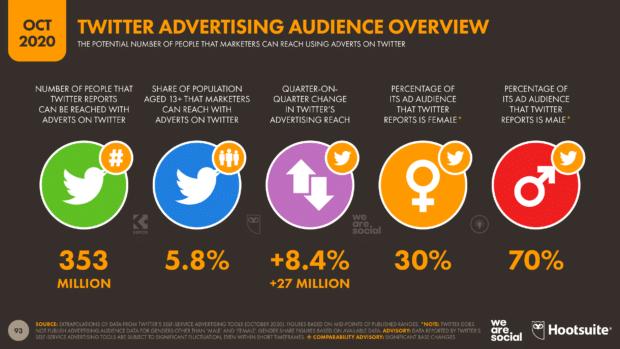 Likewise, SEMrush indicates that almost 3 times more people visit the Twitter social network each month, thus, it was detected that anonymous visitors use Twitter as a news site.

SEMrush statistics reinforce a discovery about Yahoo! This platform is one of the main ones on websites, attracting more than one billion visits to the .com and .co.jp domains each month and approximately 100 billion sessions participate each year.

These results showed that Yahoo! attracts more TikTok audience to date may be a communication channel to evaluate again and reach more audiences.

Kenshoo’s latest quarterly report showed  digital advertising took a hit in the second quarter and experienced a decline in search and social media. Spending on search advertising was down 9% compared to last year and on social media it was down 13%. 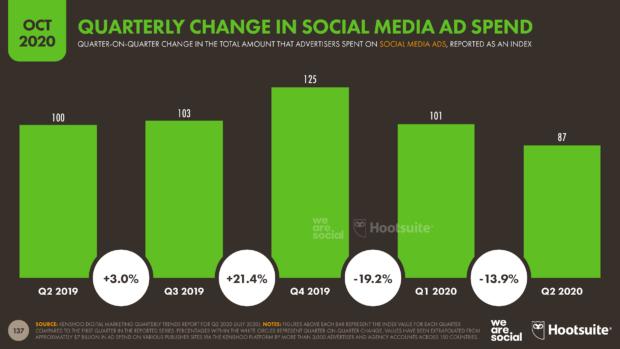 Also, the result was obtained that people clicked on a significant number of ads in April and June 2020 in the same period last year. The total number of clicks on social media ads in the second quarter of this year had an increase of 33% and clicks on search ads increased 28%. 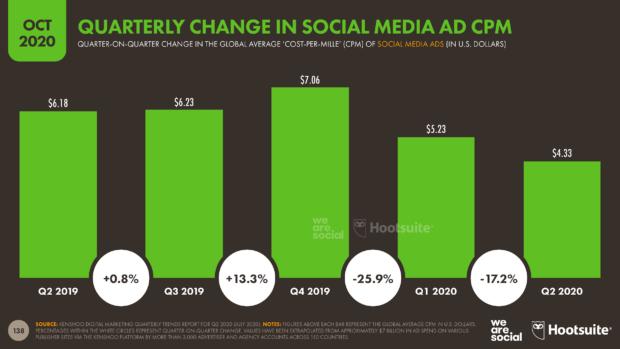 Regarding the points mentioned about the social network statistics for 2020, we have 3 aspects for you for next year.

1. Evolution of search behaviors: More than two-thirds of the population have exceeded the search criteria when they resort to researching a product. Voice, image and social searches are expected to play an important role.

2.Demography of the digital audience : With the global situation, reaching more people is an easy task, since most users are on the most popular digital platforms. Within this premise, a clear opportunity is observed and this leads to a new niche of digital innovation.

3.Globalization in electronic commerce: Sales on digital platforms have skyrocketed this year, therefore, it is more accessible for small merchants to succeed with this strategy because there is an increase in online buyers.

Statistics: online behavior in Peru due to Covid-19

Statistics: online behavior in Peru due to Covid-19
Know which categories of information have the...

12 best practices in social networks to boost the inbound strategy

12 best practices in social networks to boost the inbound strategy
Do not produce content...

How to position an article quickly in Google?

How to position an article quickly in Google?
Google explains that if your website is...

SEO cannibalization: how to detect it and 4 effective solutions

Getting targeted visitors to...